The following examples demonstrate the conceptual operation of Caesar, highlighting specific features of the framework and its use.

Probably the most minimal example that illustrates how factor graphs represent a mathematical framework is a reworking of the classic square root calculation. 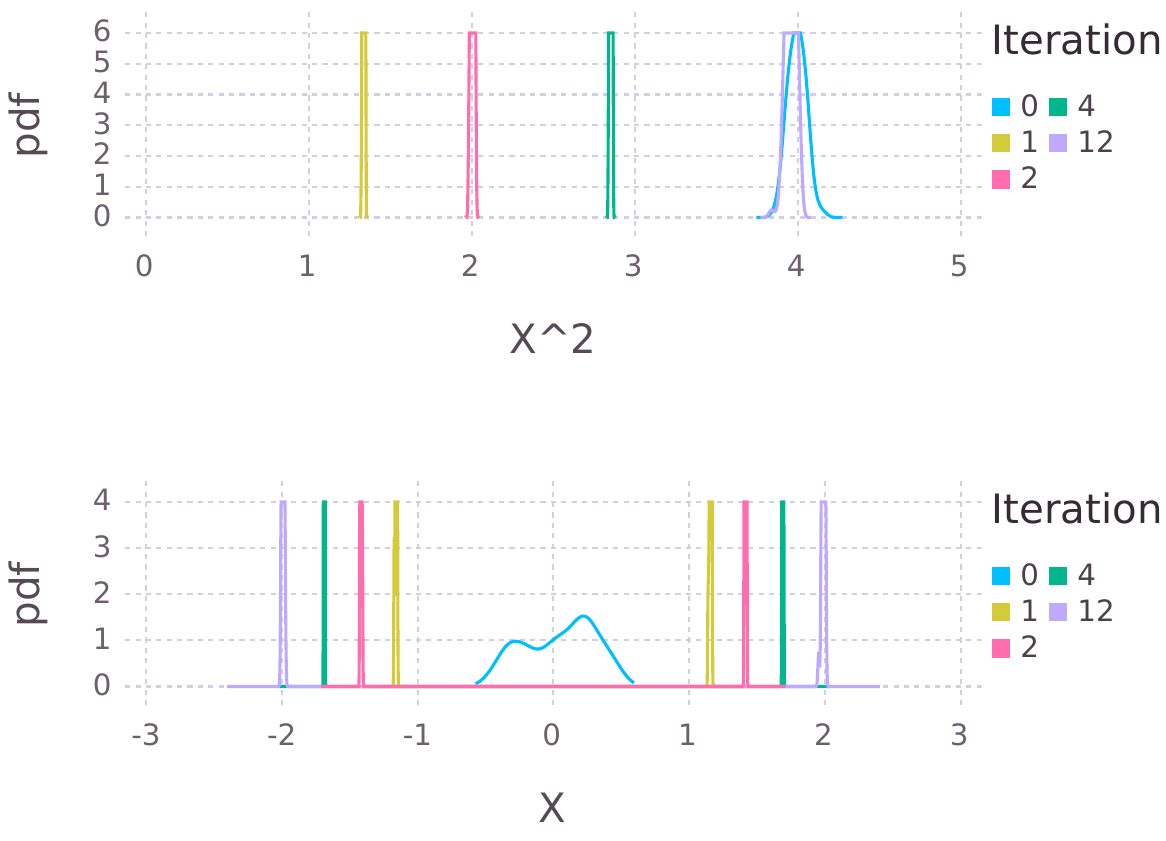 WIP, a combined type-definion and square root script is available as an example script. We're working to present the example without having to define any types.

This abstract continuous scalar example illustrates how IncrementalInference.jl enables algebraic relations between stochastic variables, and how a final posterior belief estimate is calculated from several pieces of information. 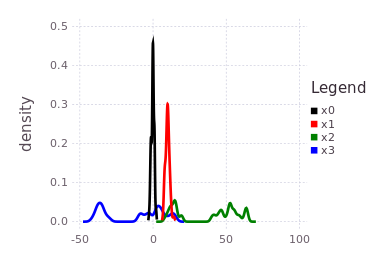 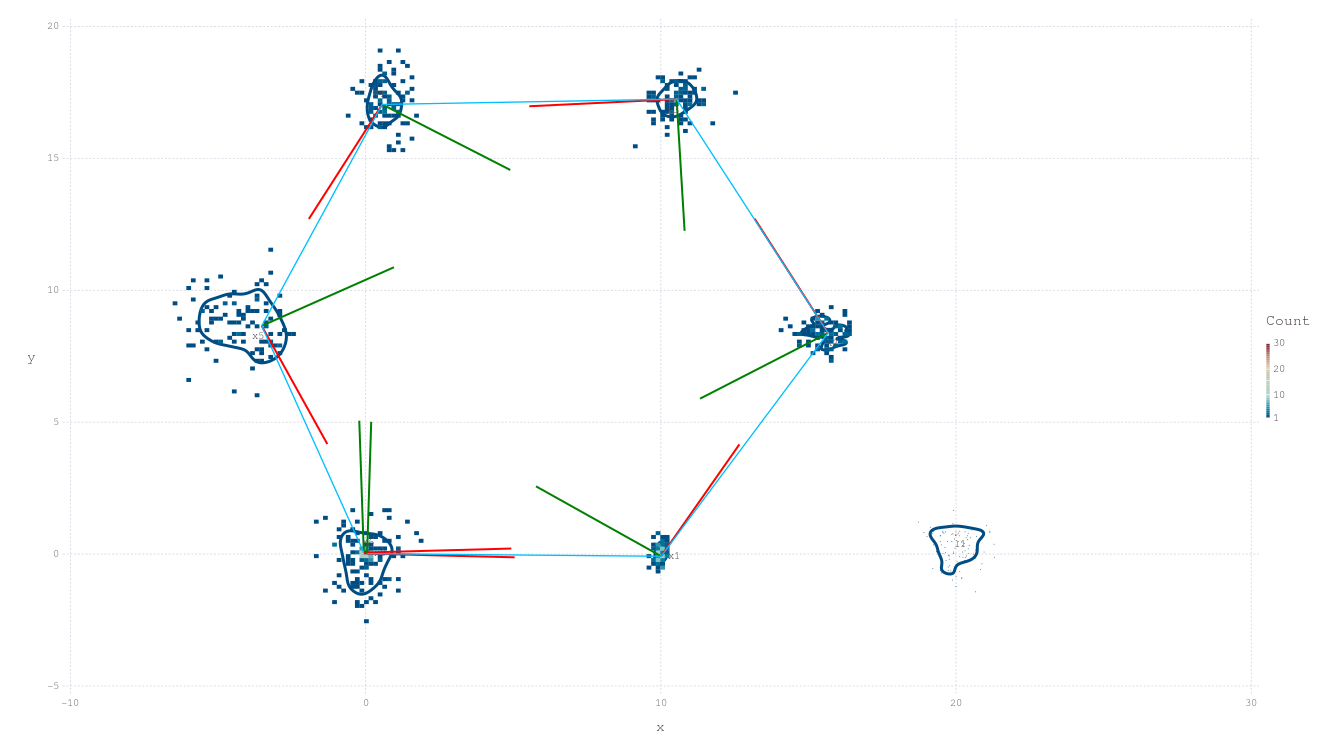 The hexagonal fixed-lag example shows how tree based clique recycling can be achieved. A further example is given in the real-world underwater example below.

An Underdetermined Solution (a.k.a. SLAM-e-donut)

This tutorial describes (unforced multimodality) a range-only system where there are always more variable dimensions than range measurements made, see Underdeterminied Example here The error distribution over ranges could be nearly anything, but are restricted to Gaussian-only in this example to illustrate an alternative point – other examples show inference results where highly non-Gaussian error distributions are used.

This example uses "dead reckon tethering" (DRT) to perform many of the common robot odometry and high frequency pose updated operations. These features are a staple and standard part of the distributed factor graph system.

Click on image (or this link to Vimeo) for a video illustration:

This example presents a novel multimodal solution to an otherwise intractible multihypothesis SLAM problem. This work spans the entire Victoria Park dataset, and resolves a solution over roughly 10000 variable dimensions with 2^1700 (yes to teh power 1700) theoretically possible modes. At the time of first solution in 2016, a full batch solution took around 3 hours to compute on a very spartan early implementation.

Example where the standard multihypothesis addFactor!(.., multihypo=[1.0;0.5;0.5]) interface is used. This is from the Kitti driving dataset. Video here. The Multihypothesis Section discusses this feature in more detail. 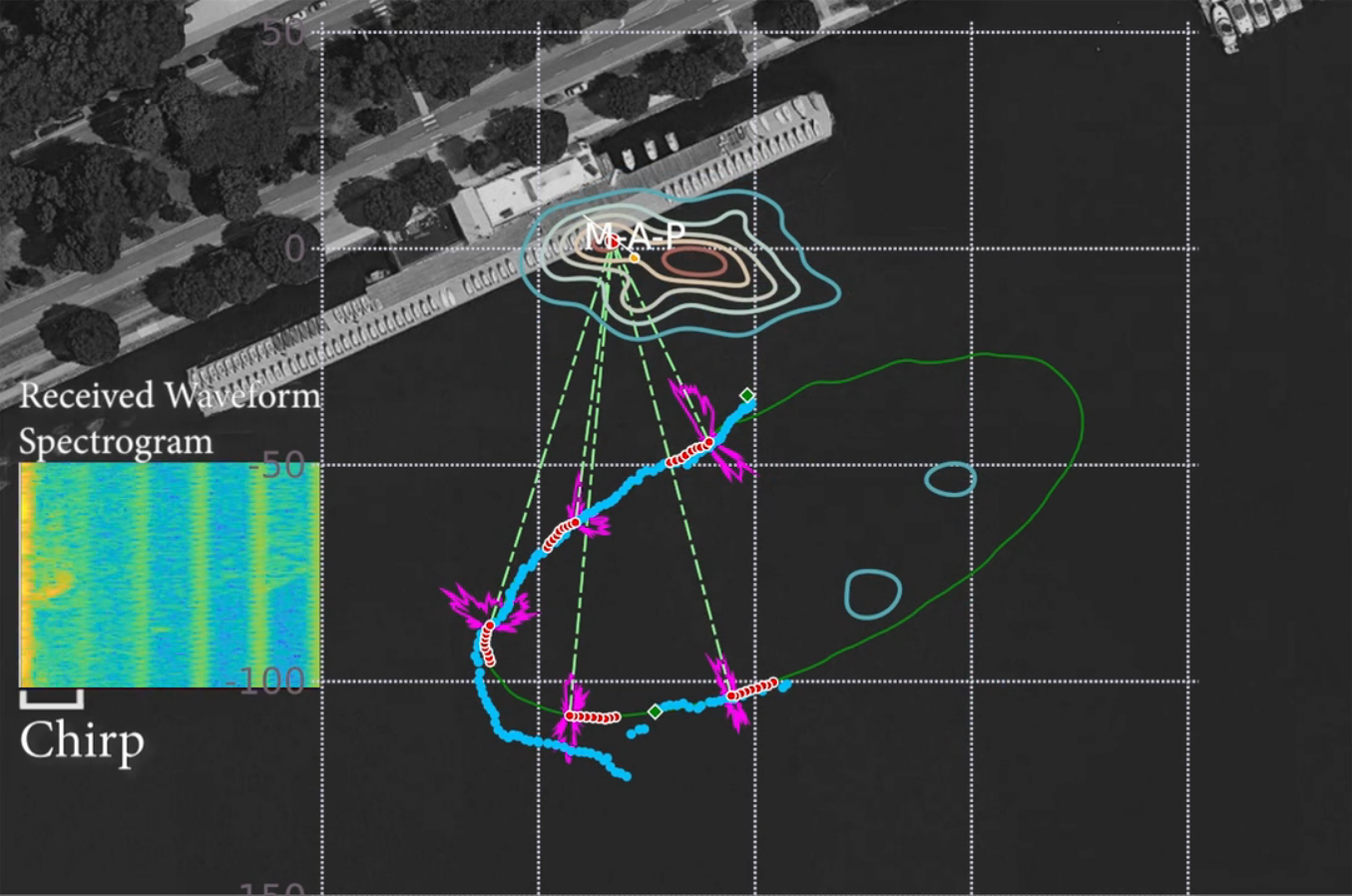 Multi-session Turtlebot example of the second floor in the Stata Center:

See the multisession information page for more details, as well as academic work:

Please see examples folders for Caesar and RoME for more examples, with expanded documentation in the works.

Caesar can be extended with new variables and factors without changing the core code. An example of this design pattern is provided in this example.